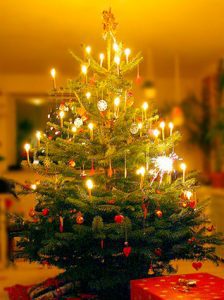 As the German Embassy in Dublin is not able to organise their traditional Christmas Concert this year, they have asked the European Embassies in Ireland for their favourite Christmas song, which they will post on their Facebook and Instagram sites during Advent.

As part of this project, the Goethe Choir has been asked to represent the German Embassy and in response to this request we have recorded the traditional German song ‘O Tannenbaum’.  As we are currently unable to meet for rehearsal, choir members recorded themselves individually at home and the recordings were then mixed together for a composite video, conducted by our music director John Dexter.

The embassy will launch the project by posting our video together with a contribution from ambassador Deike Potzel on Sunday November 29th, the first Sunday in Advent.  This will be followed in stages during Advent by posts of contributions from the embassies of Romania, Slovakia, Sweden, Hungary, Greece, Latvia, Denmark, Cyprus and Malta and from the European Commission Representation in Ireland.   The final post will be on December 24th.